Autoimmune is not a lifetime sentence

Despite popular belief, “Incurable” autoimmune conditions are easy to fix. Whether its hypothyroid (Hashimotos) rheumatoid, acne, asthma, eczema, psoriasis, irritable bowel syndrome, celiac disease/ulcerative colitis, fatty liver disease. The symptoms are cause by an overactive immune system producing its weapons of mass destruction called cytokines. These are responsible for causing the “itis” or inflammation in your body.

There are three ways to mitigate symptoms of inflammation. One, is to compromise the immune system. This means weakening your body’s main defense. Allopathic medicine did and still does tend to prescribe prednisone, corticosteroids in order to achieve this. Corticosteroids blunt the response of your immune system reducing its effectiveness. Unfortunately, once the steroid has worn off the cytokines start firing again thus returning of one’s symptoms. Long-term effects of steroids are severe-increased infections, diabetes, pancreatitis, cartilage destruction, mood disorders and more. The next wave of drugs moves away from steroids which are called non-steroidal anti-inflammatory drugs (NSAIDS). Drugs like Celebrex, Meloxicam, ibuprofen, naproxen, Aleve. These became the first line of defense for auto-immune conditions. These drugs block cytokine production of cytokines. NSAIDs caused a whole new set of problems such as stomach ulcers, kidney failure, heart attacks and bleeding ulcers. These are very dangerous and are sold and consumed like tic tacs.

The latest group of drugs are “monoclonal antibody drugs”-MABs. MAB’s target specific cytokines. Singular is an example of a drug that targets “leukotrienes” These are produced during an asthma attack. They constrict bronchial tubes thus making it hard to breathe. By decreasing leukotriene activity, it prevents the symptoms of asthma. With any drug when trying to achieve a specific goal for one part of the body the drugs have a universal effect on the body as whole producing “adverse” effects. Meaning when decreasing leukotrienes for asthma, they are decreasing leukotrienes for the whole body. By doing this, it decreases the immune system from fighting off viruses you may be or already have been exposed to.

A third, non-allopathic option, is to address the cause of the immune disruption. This can be food allergens/sensitives due to leaky gut, toxins (chemical or heavy metal), dysbiosis- meaning an imbalance of good and bad critters in your gut. One critter in particular Candida Albicans is at the root cause of auto-immune. Usually this is the cause for vaginal yeast infections or overgrowth in immune compromised conditions like AIDS. Similar to antidepressants causing mass shootings, you won’t adequately address the problem if you don’t understand the cause.
Most medical doctors have no clue about Candida overgrowth and the myriad of symptoms caused when it stimulates the immune system to over produce cytokines.

Children are often born not producing enough hydrochloric acid. Production of hydrochloric acid is a primary way we keep Candida under control. If production of hydrochloric acid is inadequate, Candida can overgrow in various tissue sites, depending on your genetics. Wherever it overgrows, you will get an “itis”-inflammation. If the “itis” happens in the lungs, it’s called asthma. In the thyroid, it can cause Hashimoto’s thyroiditis. In the joints, it’s called rheumatoid arthritis. Eczema, as seen in this child, is a manifestation of an “itis” in the skin. In vitiligo, the itis destroys cells (melanocytes) that normally make the skin pigment, melanin. Destruction of these cells by cytokines causes the white, depigmented spots of vitiligo. Its reversible, like all other autoimmune conditions. Getting your thyroid properly checked insures this will be successful. As thyroid conditions worsen this lowers your body temperature which is a perfect environment for Candida to grow.

Lastly, find a functional medicine provider such as myself. When one autoimmune condition is present there are many more to follow. Take your health into your own hands. You are not married to prescription drugs for the rest of your life. I am here to help. Get scheduled for a consultation and get started on changing your life.

Yours in health,
Dr. Katie Anderson

Can Acupuncture Help with That? 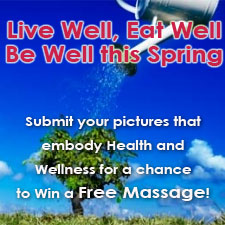